The North Coast of Trinidad can be summed up as a series of sheltered bays, each separated by a protruding hilly headland. The presence of these headlands means that there is a calm beach, protected from the elements of the open Atlantic Ocean in each of these bays. Some of these beaches are popular, some are only known by the more adventurous. For example, both Maracas Beach and Las Cuevas are relatively commercialized, and they have modern conveniences like parking, showers, and restrooms. On the other hand, Sainte Cité Bay and Maraquete Bay are two secret beaches that require knowledge of the winding trails that lead to them. There is also Paria Beach, one of the most beautiful beaches in Trinidad, and possibly even a bucket list beach that deserves to be listed among the top beaches in the world. This is because visiting Paria Beach offers several unique experiences; a hike through jungle trails, followed by an opportunity to enjoy a secluded beach and a stunning waterfall. 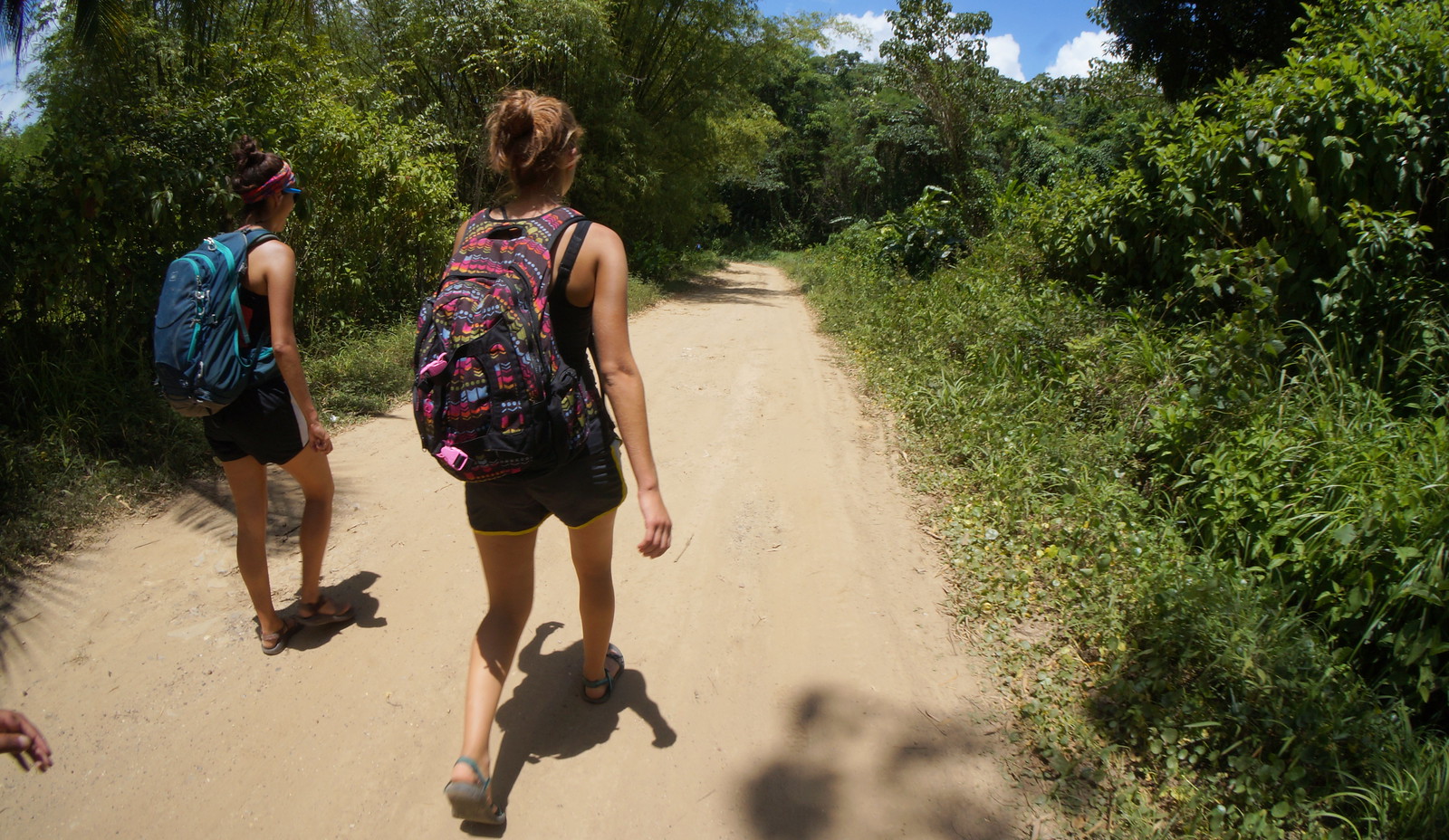 The journey to Paria Beach begins on the North Coast Road, a scenic route that connects many villages and beaches of North East Trinidad with the rest of the country. At the end of this road, near the mouth of the Marianne River, the trail to Paria Beach begins. This trail starts as a wide dirt track suitable for off road vehicles that slowly narrows as it winds into the rainforest. An early stop along the way is Ravine Salee Beach, an area easily identifiable by two large stacks along the shoreline. The waves here are relatively rough, and there are currents swirling around these stacks so swimming is not recommended. 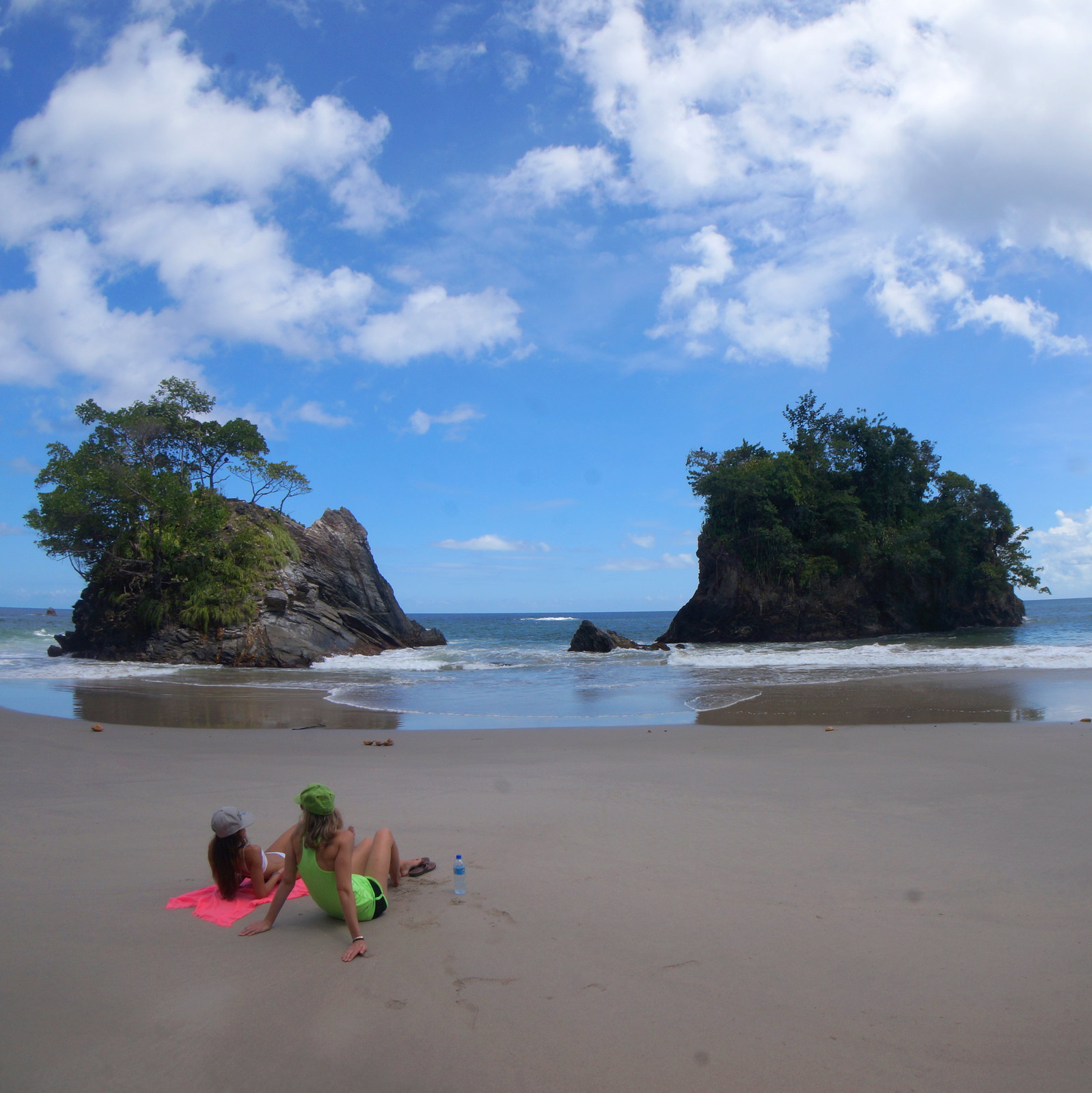 After this beach, the trail ascends steeply and passes along the edges of a cliff. Waves could be heard crashing against the base of this cliff, and there are peaks of the ocean between the buttressed roots of the tall trees. These talls trees provide so much shade that some parts of the trail are somewhat dark, and the occasional shaft of light that illuminates the forest floor is a beautiful sight. A highlight of this part of the trail is a brief stop at Turtle Rock; a small, rocky peninsula that resembles the head of a turtle when viewed from the main trail. Sea turtles can often be seen swimming in the foamy waves below and it is actually because of these frequent sightings that the rock was named. A small detour off the trail takes hikers to the tip of Turtle Rock where some of the most spectacular views of the surrounding bays could be enjoyed. 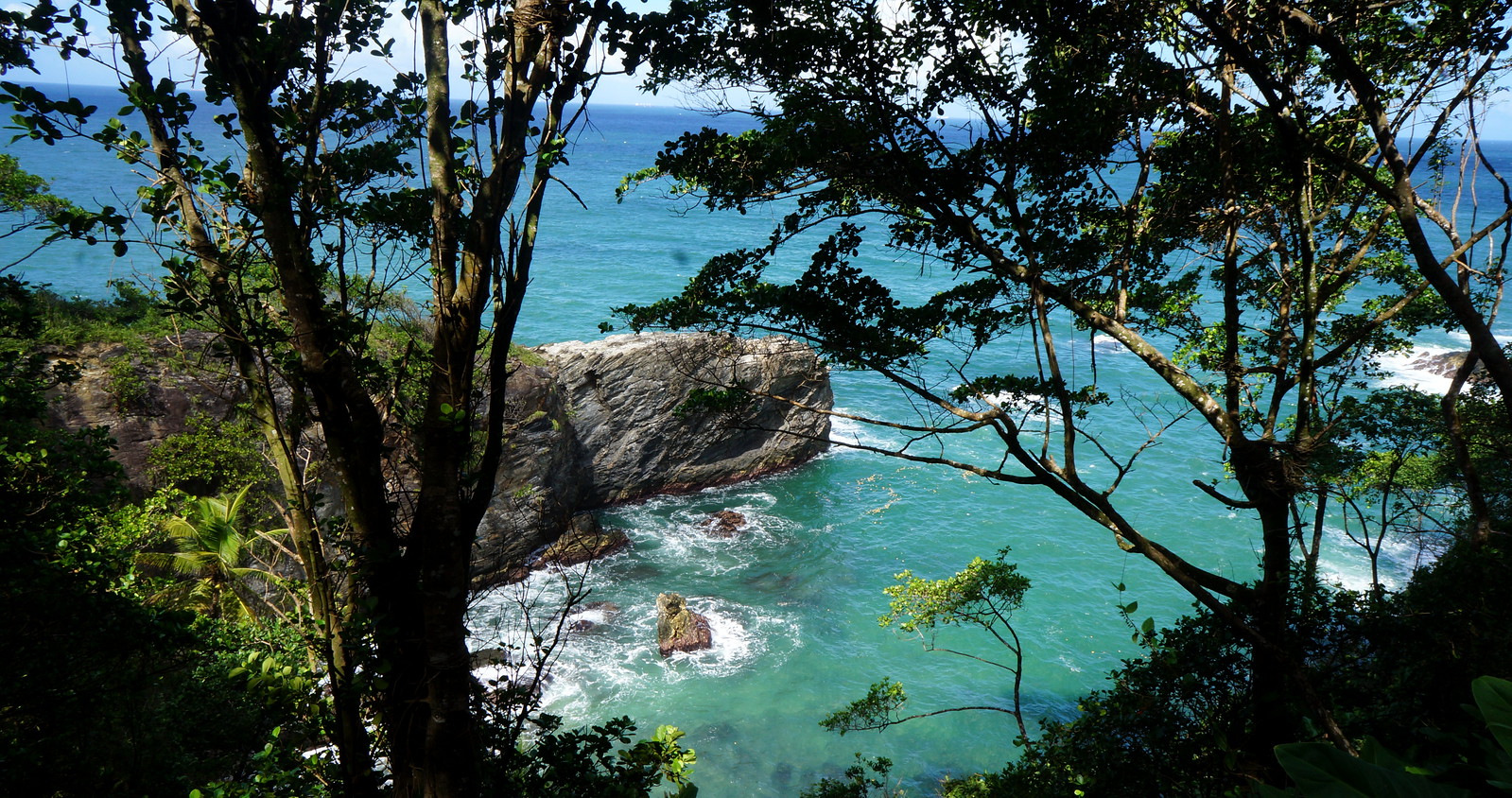 This path continues along these ocean facing cliffs of the Northern Range with more views of the Caribbean Sea until it makes a sharp inland turn. At this point the trail rises steadily uphill taking hikers along the steepest part of the journey. This portion of the trail converges with several pathways that were once used to transport cocoa beans out of the estates that once existed in the nearby forested valleys. Following some of these paths eventually leads to several waterfalls, but exploring this area without in-depth knowledge has lead to many local hikers getting lost. When the trail descends again, it is near a landform known as the Paria Arch, a natural archway that marks the beginning of Paria Beach. This is a popular place for photos, both because the blue sky behind the Paria Arch is stunning, and also because it is the ideal spot for a victory picture since the most difficult part of the hike is now complete. 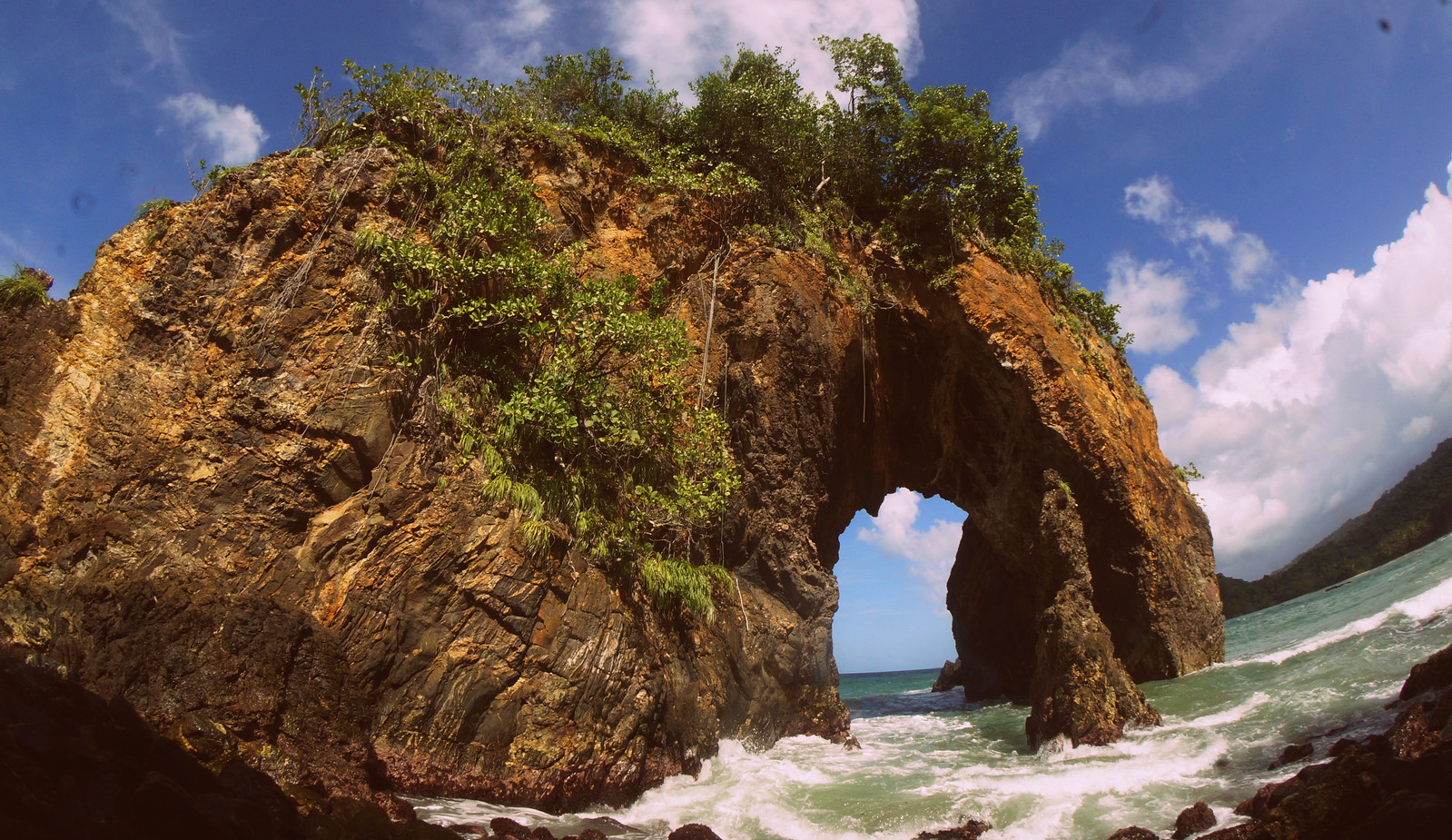 For many Trinidadians, Paria Beach has become a popular camping spot, particularly around Easter. However, because the beach is almost a mile long it hardly ever gets overcrowded with tents. Part of the peak season for camping on Paria Beach coincides with turtle nesting season when leatherback turtles return to the beach where they were born to lay eggs. At the right time of the year, it is possible to see adult turtles laying eggs at night, as well as hatchlings bursting out of the ground and racing towards the shoreline. 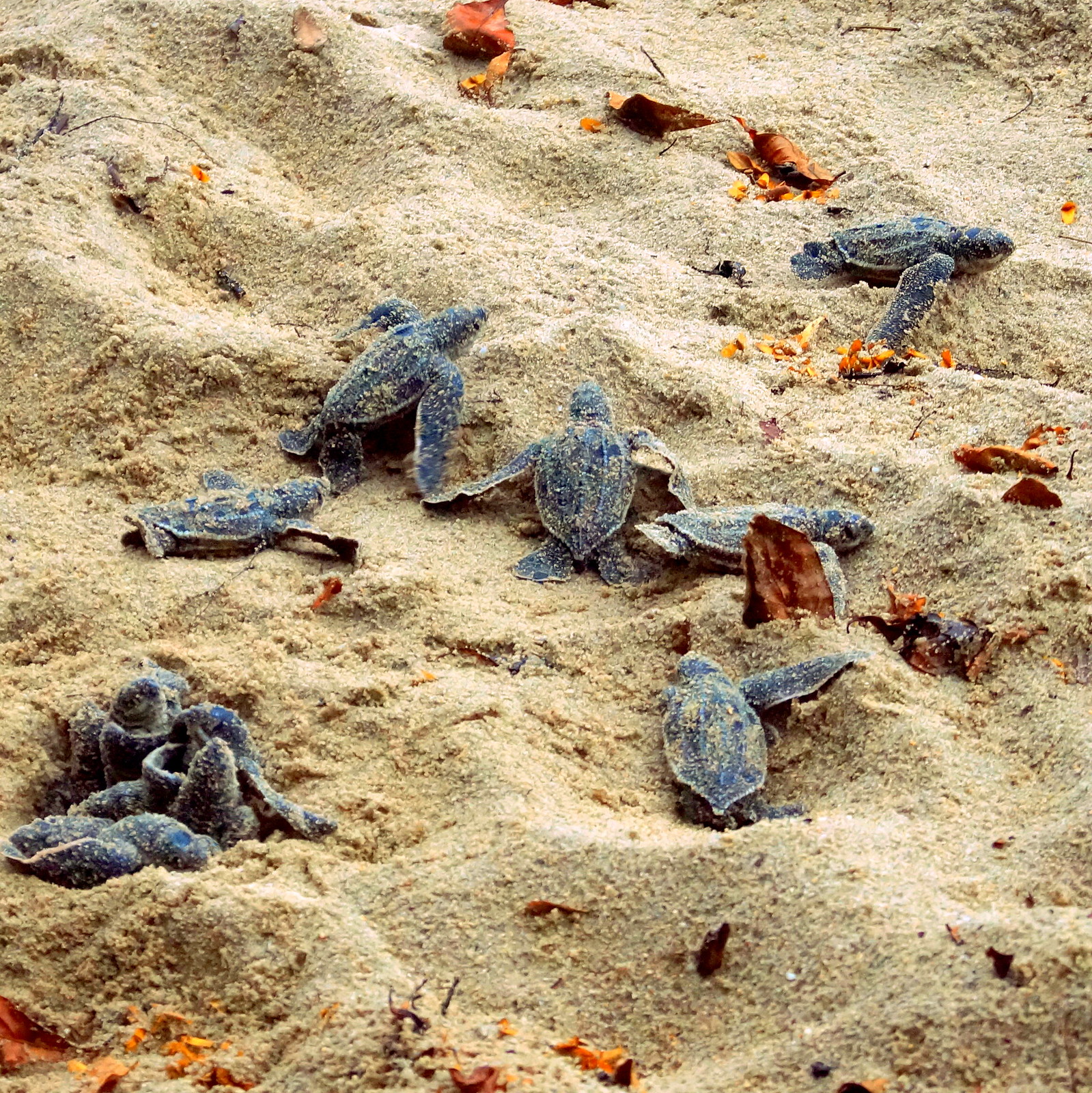 Outside of the peak season,visitors to Paria Beach can bask in their own private paradise. It might be tempting to try living off the land by catching fish and picking coconuts, especially since hiking through the jungle with camping supplies is arduous, but this is not as easy as it seems. Luckily, there is a solution; At Blanchicheusse, the last village on the North Coast Road, there are several fishermen that could be hired to transport all the needed supplies. 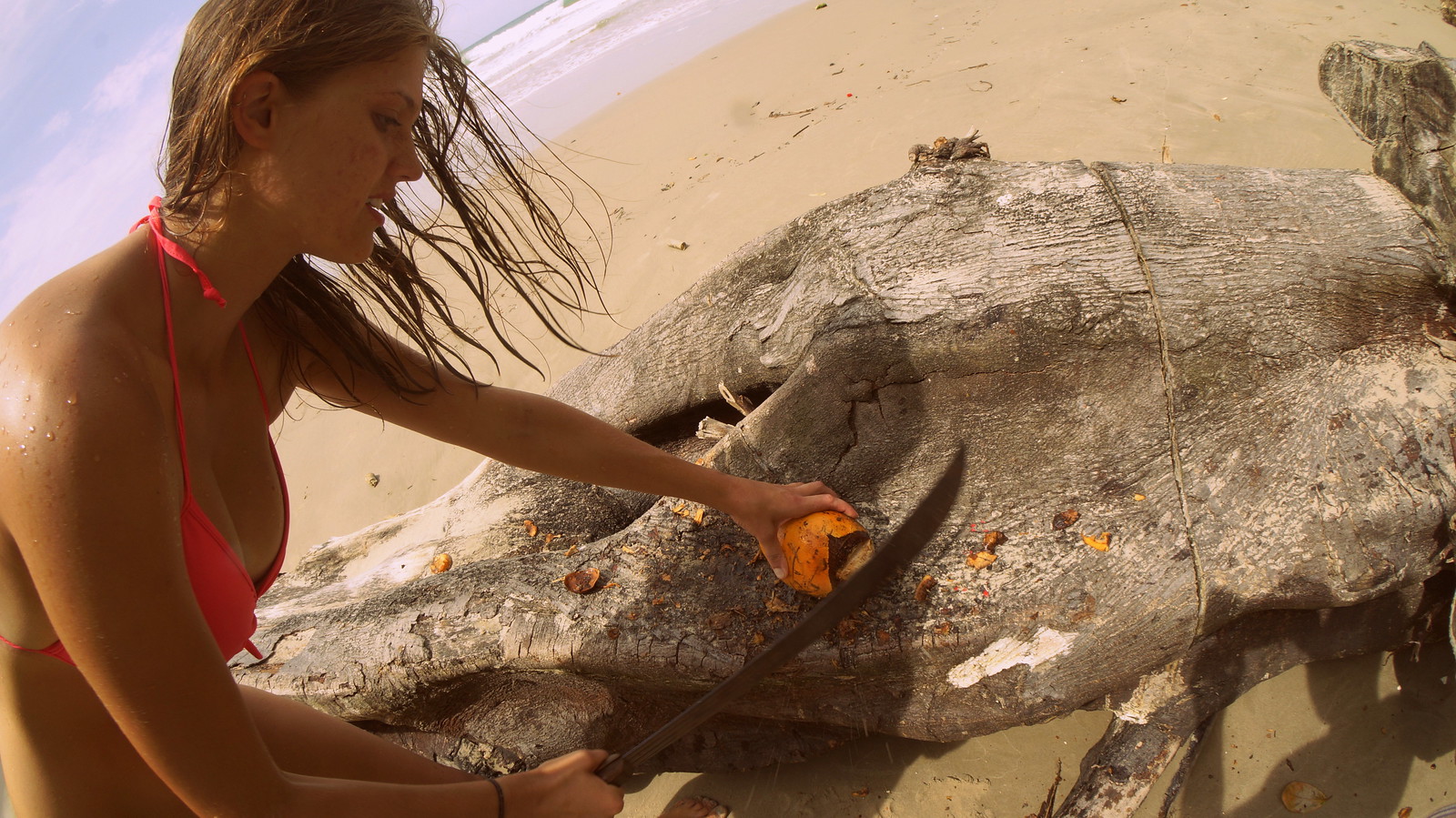 The bigger draw for most hikers is actually the Paria Waterfall, since the majority of visitors opt to just spend the day at the waterfall and hike back in the afternoon. The waterfall can be found by following a trail near the eastern end of Paria Beach for fifteen minutes, until the unmistakable roar of cascading water can be heard. It is so popular that it has become uncommon to hike to Paria Waterfall on a weekend and not see other hikers enjoying this eco-attraction. The plunge pool is deep and clear, ideal for jumping off the steep rocks that encircle the waterfall and gliding through the emerald water. 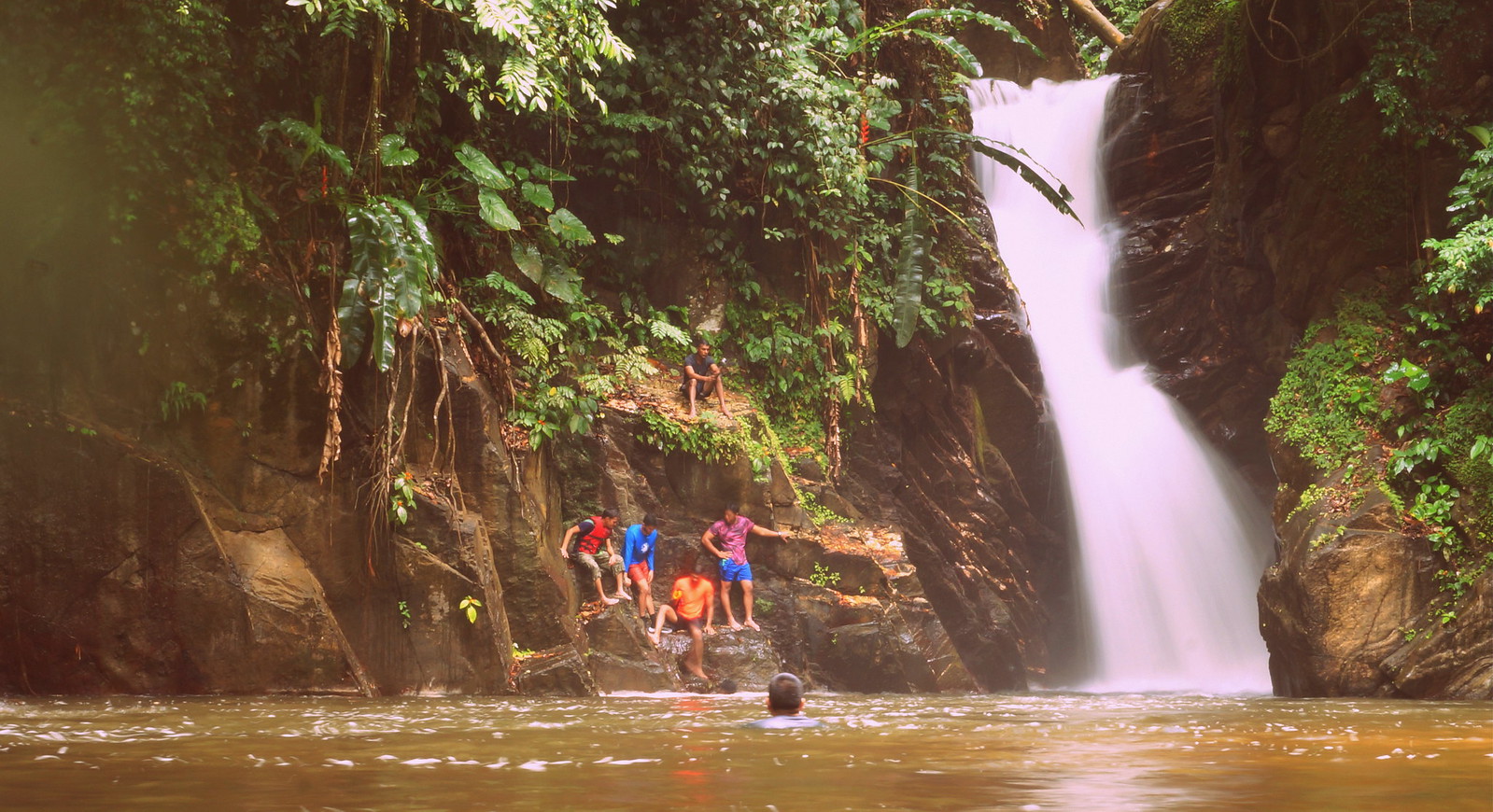 Hiking to Paria Waterfall and camping on Paria Beach is a truly unique experience. It’s an opportunity to see stunning natural landforms and completely immerse oneself in nature. Paria Beach at night makes you aware of the absolute vastness of the Universe. Behind you is the dark, dense and dangerous jungles of the Northern Range. Ahead of you is the enormous Atlantic Ocean, touching the shores of five continents and countless other islands. In the sky above is the vastness of space, littered with billions of stars, and each of those stars is burning hot enough to easily evaporate every drop of water in the Atlantic in a split-second. Spending a night on the beach definitely opens your mind to the sheer size of the universe and how minuscule you are on the cosmic scale. There’s a line in the Alan Garland novel The Beach where the protagonist says that “in the eternity of space, there’s probably a planet out there just like this one where another you is photographing back down towards us”. 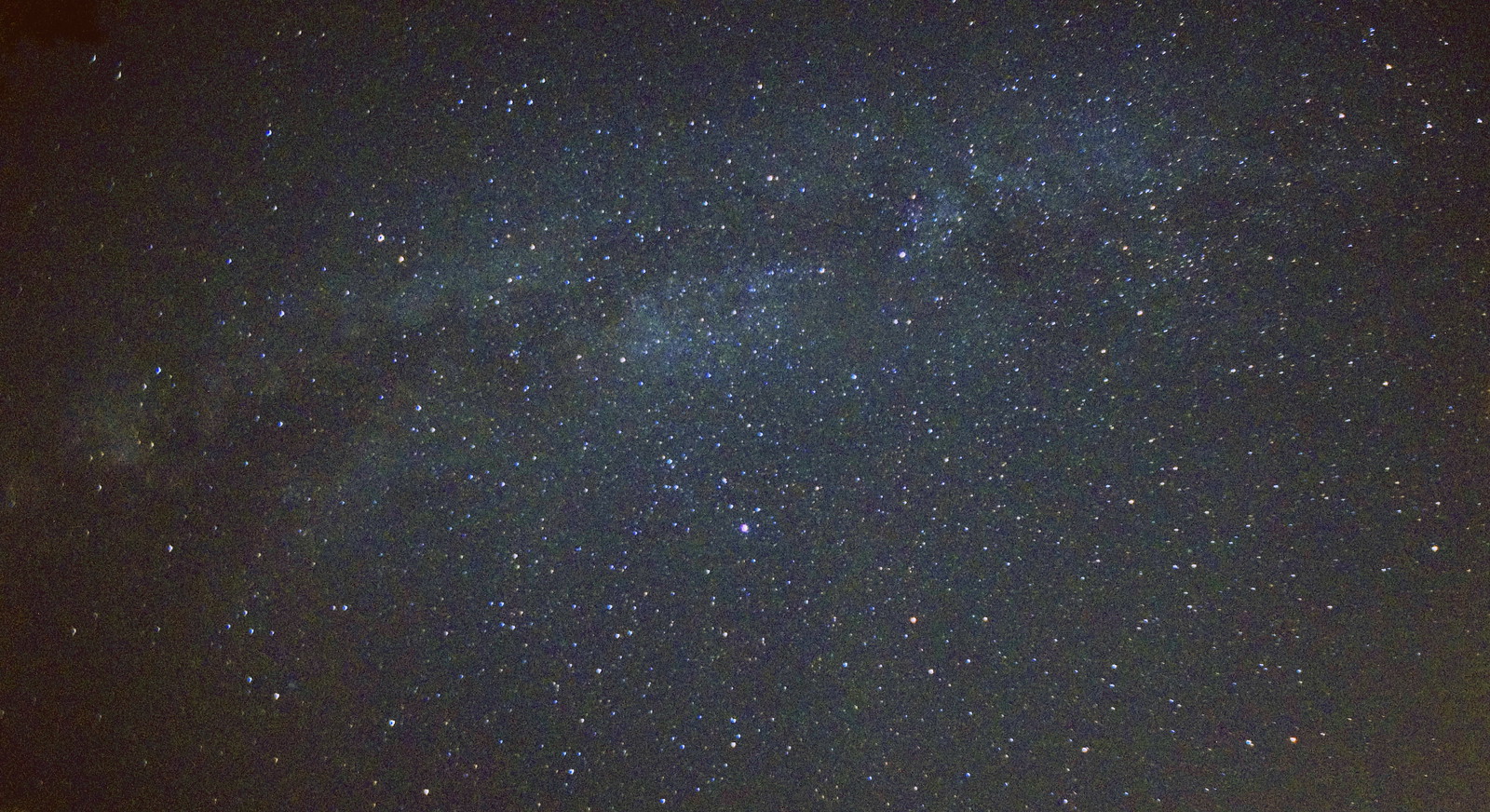 After idyllic days by the seashore, the thought of hiking for a few hours to leave Paria Beach doesn’t sound too appealing, luckily there’s the option of taking a boat back to Blanchisseuse. Hiking back is definitely worth it though, being able to see Paria Beach, Paria Waterfall, and Turtle Rock for one last time while also experiencing the serenity of being in nature for a little longer. 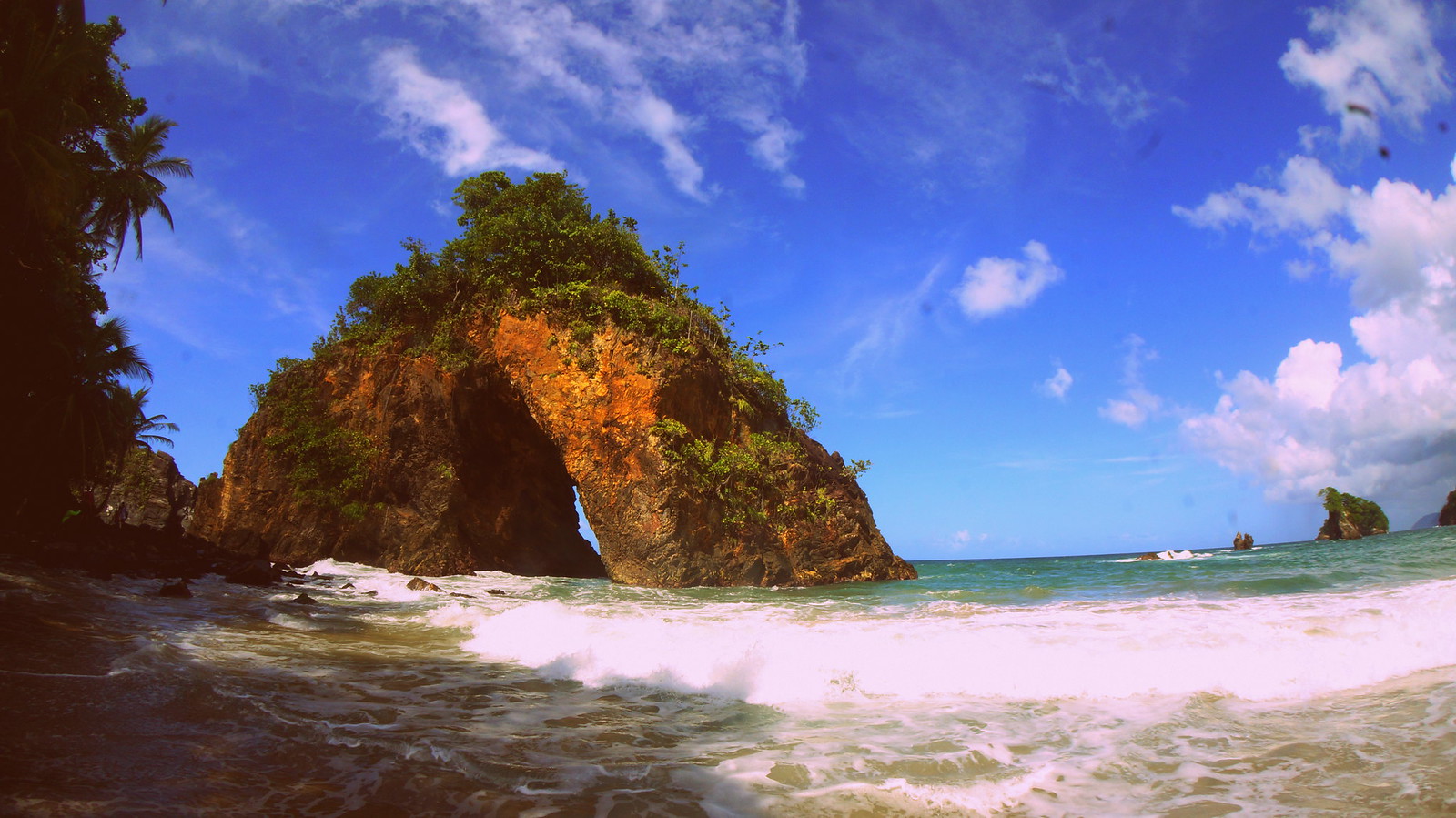 The Hike to Paria Waterfall is one of the most difficult in Trinidad and camping in the area requires experience and caution. Consider attempting a few easier expeditions before embarking on this trip.

Driving the Going-To-The-Sun Road in Montana